Taking a cold shower after an intense workout is a common practice among many athletes. It helps them to recover faster and reduces muscle pain and soreness. From elite runners to professional rugby players, a cold bath is a standard practice routine. In addition, many athletes follow the practice of water therapy, which is alternating between hot and cold water baths.

The shower is one of the most fundamental routines in our daily life and there is always a grey area between whether to take a cold shower or a hot shower.

As the brain learns how to deal with stressful situations, cold showers could also help cut the levels of uric acid and boost glutathione in the blood, which helps reduce stress.

The increased activity of the “good fat” burns calories to keep the body warm. Research showed that cold temperatures can boost brown fat by 15 times higher than the normal amount.

Read: How To Lose Weight without Losing Breast Size?

A study in England showed that regular cold showers trigger an increase in the metabolic speed rate and the number of white blood cells in the body, which then help fight diseases.

Cold showers help boost the activity of the lymphatic system, which works to carry out waste from cells. This then reduces the risk of infections.

A study showed that cold showers can help develop a nervous system that is resilient to stress. The effort alone serves as a small form of oxidative stress, which the body would adapt over time and teach the brain to prepare for stress.

Improved circulation means better overall cardiovascular health. Among the benefits of taking cold showers is good blood flow. It allows the blood to rush down to organs to stay warm.

Read: Breast Massage: How do I Increase Breast Size Naturally?

Cold showers have been found to relieve symptoms of depression by stimulating “the blue spot” on the brain that releases noradrenaline, a chemical which plays a role in alleviating depression.

For men, even a small amount of heat can affect the DNA, RNA and protein synthesis in the testes. One study found that 15 minutes of increased heat in rat testes led to a significant decrease in testosterone. Which then suggested that cold temperatures could reverse the effect.

Cold showers have been found to boost sperm count and increase fertility. Researchers said that it could also reverse the effects of hot baths that have been considered to be an effective male contraceptive.

In a previous experiment, men who took a half hour of hot bath every other day for three weeks became infertile for six months.

A 2009 study showed that an ice bath after intense training improves circulation and helps remove some lactic acid, which could speed up the body’s recovery.

The benefits of taking a cold shower not only give better health but also make people look better. Ice cold water can help reduce the risk of losing too many natural oils on the skin and hair.

A 10-minute ice bath could help people get incredible sleep at night, according to a book titled “The Four Hour Body.” The book states that taking a cold shower gives an elephant tranquillizer-like effect that will put you straight to bed.

Read: Why Women should sleep without Underwear or Panties?

Cold showers have been found to have amazing positive effects on our bodies even if the water is not cold throughout the shower. A cold shower can help your immune system function properly by boiling off any excess stress from your day. It can also help relieve symptoms associated with depression and anxiety because it lowers the levels of serotonin in your body.

Cold showers are an excellent way to clear out any mucus from your sinuses or lungs – a common cause of snoring. Soaking in cold water can help with blood circulation, reduce inflammation, and relieve soreness along with many benefits mentioned above.

Include cold showers in your daily routine and enjoy the benefits or at least, try something new.

The Healing Power of Sound

Sun Jan 22 , 2023
From a young age, we are taught that terms have electricity. Whether it is a variety phrase to elevate someone’s spirits or an encouraging word to give a person the strength to hold likely, we know that terms can make a difference. What you might not know is that seem […] 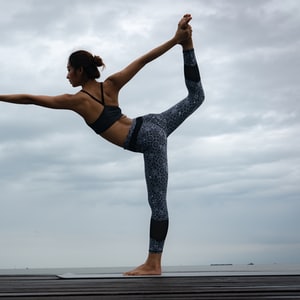