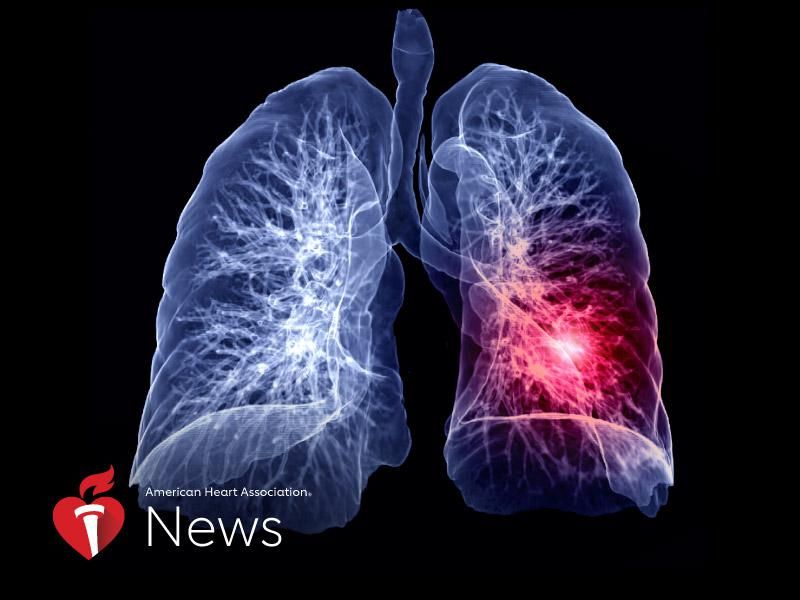 Public radio fans knew NPR books editor Petra Mayer as an exuberant lover of science fiction, romance novels, comic books and cats. “If it’s fun and nerdy, I’m all about it,” she declared.

Friends and family now are mourning the loss of the witty, bubbly 46-year-old. She died earlier this month of what her parents said was a pulmonary embolism. Few details were released about the circumstances of her sudden death. But experts said it highlights the need for greater understanding of pulmonary embolism, also known as PE.

“Unfortunately, PE can strike people at all stages of life, from the young and healthy to the older and not as healthy,” said Dr. Karlyn Martin, an assistant professor of medicine at Northwestern University Feinberg School of Medicine in Chicago.

Pulmonary embolism is the third-leading cause of cardiovascular death. But, Martin said, people are much less aware of its symptoms.

According to American Heart Association statistics, pulmonary embolism was a factor in more than 36,000 deaths in 2018, the most recent year for which data was available. The rate has been climbing for reasons that Martin, who led a 2020 study on the trend, said are not clear.

Pulmonary embolism is usually described as a blood clot that travels to the lungs. Blood clots in arteries, which carry blood from the heart, can cause heart attacks and strokes. But clots in veins are called deep vein thrombosis, or DVT. Those clots, often originating in the leg, can travel, or embolize, to the lungs.

When those clots stop in the lungs, pressure builds up in the right side of the heart, Martin said. “Eventually, the heart can fail, because it’s strained so much.”

Even large blood clots might not produce symptoms, said Gary Raskob, a board member of the National Blood Clot Alliance. He’s also dean of the Hudson College of Public Health at the University of Oklahoma Health Sciences Center in Oklahoma City.

About a quarter of the time, according to the Centers for Disease Control and Prevention, the first symptom of pulmonary embolism is death.

Risk factors for deep vein thrombosis and pulmonary embolism overlap and include having a major surgery and being in the hospital with acute illness for several days in a row, Martin said. For women, both estrogen-based contraception, such as birth control pills, and pregnancy can raise the risk of blood clots. According to AHA statistics, pulmonary embolism is responsible for about 9% of pregnancy-associated deaths.

Cancer and its treatments also are a significant cause of blood clots, Martin said. So is long-distance travel.

Age also is a risk factor, Raskob said, with more cases happening as people reach their 40s, 50s and 60s.

But it’s also affecting younger people more frequently. Martin’s 2020 study showed that after a decade of declines, the number of pulmonary embolism deaths among people 25 to 64 years old increased an average of 2.1% each year from 2008-2018.

There is a strong genetic component, Raskob said, so anyone with a family member – “particularly if you have a first-degree relative, parent or sibling, or grandparent” – who had a pulmonary embolism might be at heightened risk. If you’re admitted to a hospital, he suggests asking the doctor whether you might be at risk – and, if so, what protective measures will be taken.

But somewhere between a third and half of blood-clot incidents are what scientists call “unprovoked.” “In other words, they have no identifiable risk factors for the condition,” Raskob said.

Given the many unknowns, he said, being aware of symptoms is critical.

In the legs, symptoms of a clot would include pain, swelling, redness or warmth, especially if one leg is suddenly more swollen than the other.

If a clot has moved to the lungs, it can cause chest pain or shortness of breath. Less commonly, people have a sensation of their heart racing, Martin said, or they might cough up a little bit of pink- or blood-tinged sputum. Every once in a while, people can have pain in the upper part of their back.

Raskob said anyone with symptoms should seek medical attention right away. “We can look with an ultrasound. We have a simple blood test. So you don’t have to risk a potentially fatal condition.”

To prevent problems, keep your body moving on long car and plane trips, Martin said. “Sitting in the same place in the same position for eight to 10 hours in a row really can increase chances of having a blood clot.”

Sudden, unexpected death from pulmonary embolism, as apparently happened with NPR’s Mayer, is not common, Martin said. But she urged people to “seek out attention if you have the symptoms. And most of the time, if we make a diagnosis quickly, we can get started with appropriate treatment. And most people do recover.”

Tue Nov 30 , 2021
Pregnant people are at an increased risk for severe illness from COVID-19 compared with nonpregnant people. Andrea Edlow, M.D., a maternal-fetal medicine specialist at Massachusetts General Hospital, says that’s why it’s very important for pregnant people to take this virus seriously and get vaccinated. These six things can help you […]